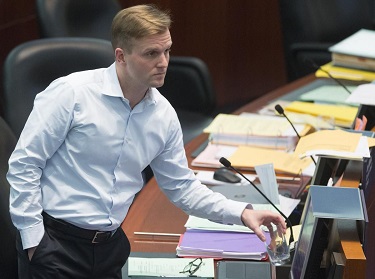 Nearly half of new residential developments in downtown Toronto could be made up of two- and three-bedroom units, a new plan for the core just approved by city council outlines.

The city’s sweeping TOcore plan for downtown growth considers many aspects of living, working and being in Toronto’s core, including expanding and improving parks; fostering walking, cycling and transit, and protecting open spaces from shadow.

The master plan requires new residential developments with more than 80 units to be made up of at least 40 per cent two- and three-bedroom units.

“It’s something that we’re … hoping for, because we’ve been seeing a steady decline since the 1990s in the size of condo units and in the number of bedrooms of condo units,” said Cherise Burda, executive director of the Ryerson City Building Institute.

To create balanced mix of unit types and sizes, the policies approved lay out regulations for developments with more than 80 residential units: