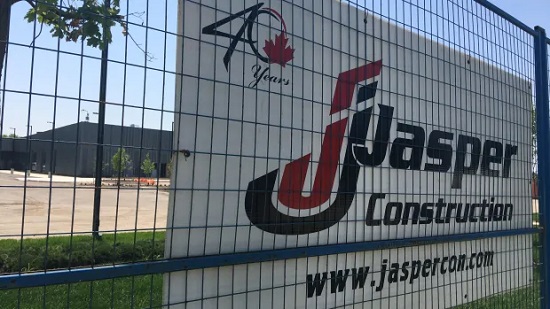 The City of London has dismissed general contractor Jasper Construction from the $21-million East Lions Community Centre, with the local councillor saying the move will allow the project to move forward after delays that have put the project a year behind schedule.

The news comes within days after the termination of Jasper contracts by two other public-sector clients.

Plans for the 42,000 square foot community centre on the grounds of East Lion’s Park on Churchill Avenue include an indoor pool, gymnasium, multi-purpose activity space, community kitchen and artisan space. The facility was intended to create an important community hub in an underserved area of the city after years of discussion and public consultation.

In a statement, the city said it’s taken over the construction site “because of contract issues.” The statement says construction is 85 per cent complete and officials are hoping to have subcontractors back on the job “in the near future.”

“Because there are potential legal implications, we aren’t able to provide any further information,” the statement said.

Jasper, a general contractor based just north of Toronto in Concord, Ont., submitted the lowest base bid over 11 other companies, including four London-area ones.

The project broke ground in October 2017 and it was slated for completion last year.

Coun. Shawn Lewis, whose Ward 2 includes the community centre site, says the city had no choice but to step in.

“It’s very clear that here, and we’re hearing in other projects around the province, that Jasper is not meeting its deliverables and we had subcontractors who were not getting paid,” he said. “We had to look to someone else to finish the job.”

He also said the move wouldn’t add to the project’s cost.

“We will still deliver on everything that was planned to be in the building, and it will come in on the price that the city awarded in the contract,” he said. “At this point, it becomes the contractor’s bonding company that becomes responsible for the costs, it’s not on the city taxpayer.”

Lewis also said after years of planning, the community centre has been “20 years in the making” and he’s happy its ribbon-cutting may now be only a few months away.