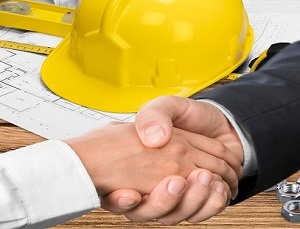 The City of Calgary has laid charges against one man who ran a general contracting business that clients claimed took their money but didn’t finish the work.

Pallister said the city has been contacted by commercial and residential consumers as well as sub-contractors. He added they quickly took action, charging the corporation and one of its directors under city bylaws.

“When this business applied for their licence they told us they do not take prepayments or installments and deposits from residential consumers,” he said. “We issued the licence based on that and then the investigation seemed to find that is not the case.”

The city also found during its investigation that the company’s licence had expired.

“From 2015 to mid-2019 they were licensed,” Pallister added. “They failed to renew in 2019 and we have evidence they were operating while unlicensed, so we took action on that part.”

Sarah Byers was one of the commercial consumers to file a complaint.

She leased out a space in February to set up her dream cafe Dilish Bites ‘N Brews. She hired Fresh Contracting and Construction to do the job but said as the weeks went on, so did the delays. Eventually, she said the work stopped and she had to count on family and friends to finish the job.

Byers said she paid the contractors $100,000 in installments before refusing to hand over any more money.

She concerned about what she called the lack of protection for consumers.

“You would think there would be some sort of system in place to make sure these guys are licensed properly,” Byers said.

The city reiterated the company was licensed until late this year.