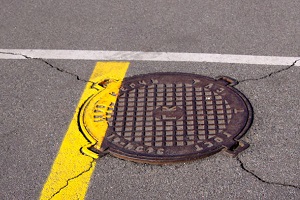 As blogged on Curbed.com, the Berkeley City Council voted Tuesday to amend its municipal code to excise gender-specific terms in favor of gender neutral ones, meaning that, among other things, a “manhole” will soon be known as a “maintenancehole.”

The city clerk’s office told Curbed SF that the ordinance, which came up first on the council’s consent calendar at the meeting, passed unanimously on the first reading.

In part, the text of the measure reads: “Revising the Berkeley Municipal Code to include gender-neutral pronouns by eliminating any gender preference language […] to indicate that whenever a gender neutral personal pronoun is used, it shall be deemed to include the feminine and masculine also.”

A city staff memo included in the paperwork for the vote notes that “in recent years, broadening societal awareness of transgender and gender-nonconforming identities has brought to light the importance of non-binary gender inclusivity. Therefore, it is both timely and necessary to make the environment of City Hall and the language of city legislation consistent with the principles of inclusion.”

Along with the aforementioned maintenanceholes, rather than “craftsmen” the city will use the words “craftspeople” or “artisans,” “firefighters’ instead of “firemen,” and “repairers” instead of “repairmen.”

The change will require a second vote on July 23 before officially becoming law. Given the unanimity, there’s little suspense about the measure’s eventual fate.