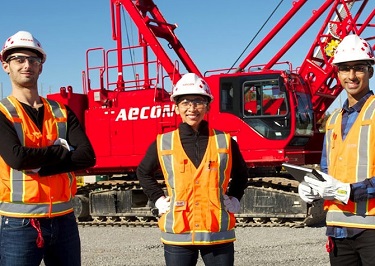 U.S. President Donald Trump earlier this year blocked Broadcom Ltd.’s hostile takeover of Qualcomm Inc. because it could “impair the national security of the United States.” Trump has killed several foreign deals involving China since taking office and his administration continues to spar with China over trade. This is the first major foreign takeover blocked by the Trudeau government since he won power in 2015.

“We listened to the advice of our national security agencies throughout the multi-step national security review process under the Investment Canada Act,” Bains said in the statement. “Based on their findings, in order to protect national security, we ordered CCCI not to implement the proposed investment.”

Canada is “open to international investment that creates jobs and increases prosperity, but not at the expense of national security,” Bains added.

CCCI’s Beijing-based parent, CCCC, is one of the biggest engineering and construction companies in the world and is the largest contractor building China’s Belt and Road Initiative across Asia through to Africa. Its core businesses include infrastructure construction and design and dredging. The company posted revenue of 460.1 billion yuan ($72 billion) last year.

CCCC is also the company responsible for building the atolls used by the Chinese military in the South China Sea, and it was blacklisted by the World Bank from 2009 to early 2017 for fraudulent practices.

Aecon operates companies across the mining, infrastructure, energy and services industries, building projects from factories, roads and sewers to theaters, book stores and hotels, according to its website.