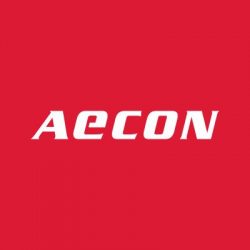 The massive Chinese-owned construction company which recently signed a deal to acquire Aecon Group Inc. — Canada’s largest publicly-traded construction and infrastructure company — has registered a lobbyist to help get regulatory approval for the arrangement.

Elizabeth Roscoe of Hill+Knowlton Strategies registered with the federal lobby registry at the end of October on behalf of Hong Kong-based CCCC International Holding Ltd., which is poised to dish out $1.5 billion for the acquisition.

The deal hangs on both shareholder and government approval and so it’s perhaps no surprise that Roscoe has signed up to discuss the “Investment Canada Act as it relates to the proposed acquisition of Aecon.”

Roscoe’s registration has been active since Oct. 25, 2017; she’s also tasked with “arranging meetings for the client and discussions with government officials on Canada-China Free Trade agreement,” according to the summary available in the online lobby registry.

She is registered to lobby officials in the House of Commons, Global Affairs Canada, Innovation Science and Economic Development Canada (ISED), the Privy Council Office and the Prime Minister’s Office (PMO) on behalf of CCCC International.

Should the federal government approve the agreement, Aecon’s headquarters would remain in Canada and the firm would retain the same name, according to a company news release. On its website, Aecon says that it is one of the family of companies behind “Canada’s most famous infrastructure landmarks” — including the CN Tower and the Halifax Shipyards.

Roscoe worked on Parliament Hill for Conservative ministers in the Clark and Mulroney governments.