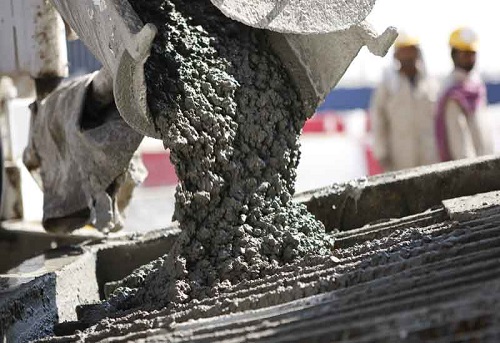 Cement: The material that built the modern world is also destroying it. Here’s a fix

Remarkably, the material that built the first modern civilization remains key to building today’s global economy. The cement we use in 2017 is not so different from the stuff used to build the concrete dome of the Roman Pantheon in 125 AD.

What has changed is that today we use vastly greater quantities of the grey powder: more than 4.2 trillion kg annually. To put that in perspective, you could build 1,000 Hoover Dams each year with the amount of concrete that much cement would make.

That’d be all well and good except for the fact that 1 kg of cement releases more than than 0.5 kg of carbon dioxide into the atmosphere. As a result, the cement industry is currently responsible for about 5% of global CO2 emissions—more than double the aviation industry. Worse still, unlike the electricity industry, which one day might be comprised of entirely clean, renewable energy, the chemistry of conventional cement dictates that the process will continue to produce huge amounts of carbon dioxide.

Unless, that is, Nicholas DeCristofaro’s plans work out. Since 2008, Solidia Technologies, where DeCristofaro is chief technology officer, has been quietly developing a new cement-making process that produces up to 70% fewer CO2 emissions at a cost that DeCristofaro claims is on par with or better than conventional cement.

Solidia, which was formed in a bid to commercialize ideas developed at Rutgers University in New Jersey, is not the first company to attempt to make environmentally friendly cement. But industry experts say it’s the most promising yet. Its list of investors—from the world’s largest cement-maker to one of the globe’s biggest venture capital firms—is proof of the market’s confidence.

Keep reading this blog on Quartz