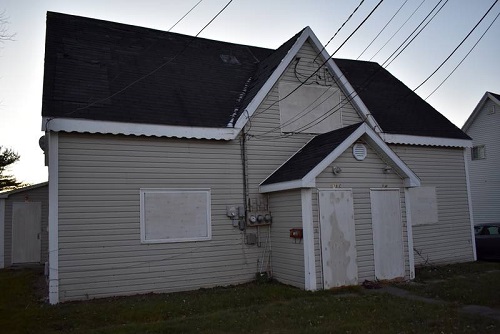 The public tender to bid to demolish 27 derelict buildings in the CBRM closes on Thursday at 3 p.m.

The bidding is on the contracts for all 27 buildings, said Paul Burt, manager of building, planning and licensing laws with the Cape Breton Regional Municipality.

“They get all bids — we do it that way because we get a better price. Even though we’re issuing orders and demolishing private property, we still have to issue a tax bill on people’s accounts and we have to do the work in accordance with a lot of regulations, but we also have to do it as cost effective as possible,” said Burt.

Burt added that there are a handful of contractors who usually bid on the tender for projects like this, but there is a process to make sure the public and companies who haven’t bid on CBRM contracts have an even playing field.

“For demolitions we have roughly 10 contractors that we deal with — not exclusively, but they’ve been kind of pre-screened and pre-qualified by us and they have all of their paperwork on file,” said Burt, who added that this particular project is significant and the CBRM is making sure it’s done by the book.

“This is actually such a large tender that the rules say it has to be advertised publicly on the provincial board as well as in the paper, which will open it up to basically any legal bona fide contractor who wants to bid on it,” said Burt.

Currently, Burt said there are about 600 vacant homes in the CBRM that are a safety risk and pose other problems for the communities they are located in.