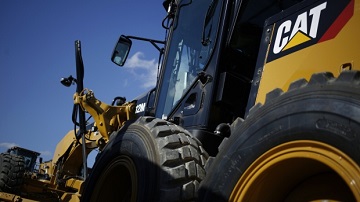 As reported on BNNBloomberg.ca, a bellwether of the global industrial economy may be sending out distress signals.

Caterpillar Inc. is heading for a “mild earnings recession,’’ according to Morgan Stanley, and analysts expect the heavy-equipment maker to post its first year-over-year decline in quarterly profit since 2016 when it reports results on Wednesday.

Margins are shrinking as demand cools and the U.S.-China trade war fuels caution among customers. Machine sales have slipped in Asia and the U.S. on weaker orders in construction industries, just as the Deerfield, Illinois-based company has been trying to raise prices. That helps explain why analysts have pared the earnings outlook five times since August.

In June, worldwide machinery sales for Caterpillar grew at the slowest pace in more than two years on a 3-month rolling, year-over-year basis. The company posted the same increase in July and August. The sluggishness is largely due to a slowdown in North America, its largest market, and declining market share in China. Sales in North America expanded at the weakest rate in almost two years in August, and in Asia contracted the most since 2016.