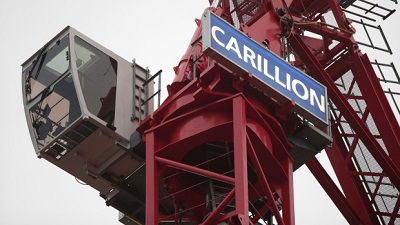 A company responsible for plowing thousands of kilometres of highways in Ontario has been granted a longer reprieve from its creditors as it continues to restructure.

Carillion Canada has eight of the 20 highway maintenance contracts in Ontario, including Thunder Bay east to Marathon and Longlac, around Huntsville and several others in southern Ontario. Those include highways in and around London, Chatham, Kingston and the Halton and Peel regions.

On Friday, an Ontario Superior Court judge granted an extension to creditor protection under the Companies’ Creditors Arrangement Act that Carillion Canada received in January, after the collapse of its U.K. parent. The Canadian divisions owe at least $750 million to hundreds of creditors, including other entities within the parent company’s umbrella.

The court originally granted CCAA protection until Feb. 23. The new order now extends the stay period until May 25. Carillion said the extension was necessary for “the further preservation of the status quo,” so restructuring efforts could continue.

In its filing to the court, Carillion Canada argued that since the original ruling, the company has “been working diligently” to restructure, including divesting itself of some of its assets. That process resulted in the transfer of a number of contracts to Fairfax Financial — a Toronto-based company — to provide facilities management at airports, commercial and retail properties, defence facilities, some healthcare facilities and for a number of oil, gas and mining clients.

Carillion Canada and Ontario’s Ministry of Transportation have stated that a revised agreement reached by the two parties in January will ensure there won’t be any interruption in highway clearing services for the remainder of this winter.