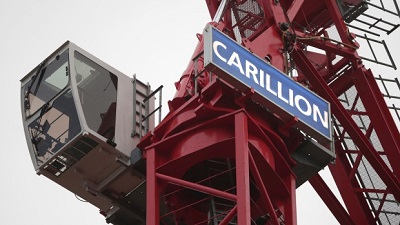 Carillion Canada has been granted protection from creditors by the Ontario Superior Court under the Companies’ Creditors Arrangement Act.

The Canadian branch of insolvent British construction giant and state contractor Carillion PLC said on its website on Thursday that its decision to seek CCAA protection was forced by the compulsory liquidation of its parent company earlier this month after it couldn’t arrange short-term financing.

It said that event gave rise to “unexpected liquidity challenges” for the Canadian operations.

“Earlier this morning, four companies in the Carillion Canada group filed for protection,” said Simon Buttery, CEO of the Canadian operations, in an emailed statement.

“However, we expect to operate business-as-usual and without any interruption to our services under the protection of the initial order.”

The company says it employs more than 6,000 people in Canada. It said public safety remains its “top priority, be it in the maintenance and cleaning of hospitals, the clearing of roads or any of our other activities.”

According to its website, its operations include facilities management and maintenance in sectors including oil and gas, health care and aviation, as well as handling road maintenance for 40,000 kilometres of highway in Alberta and Ontario.

It is also involved in private public construction partnerships, one of which is currently building a new mental health hospital in North Battleford, Sask.