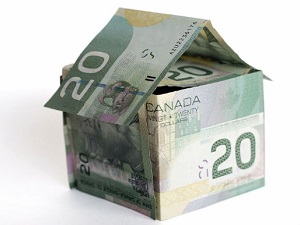 Canadian mortgages held by foreigners grow according to CMHC

Foreigners living in Canada have boosted their share of the country’s mortgages in the last two years, particularly in Vancouver and Toronto, as young home buyers are bankrolled by their parents overseas, the federal housing agency said on Tuesday.

Nearly 10 percent of mortgages issued to people under the age of 25 in Canada’s two hottest housing markets in 2016 went to non-permanent residents, the Canada Mortgage and Housing Agency (CMHC) said in a statement. This signifies “some younger NPR (non-permanent residents) may be receiving parental support to purchase homes,” it noted.

A backlash against foreign investors, particularly those from mainland China, has spurred provincial governments to impose a foreign buyers tax in Vancouver in 2016 and in Toronto in 2017, despite data showing offshore buyers are a small part of the market.

The market for detached homes in both cities has cooled since double-digit price increases in early 2016 sparked fears of a bubble, though condo sales are more robust. Analysts are divided over whether the Canadian housing market will crash or re-inflate in the coming months.