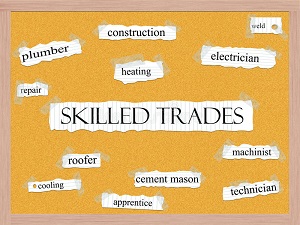 MORRISBURG, ON, April 4, 2018 /CNW/ – Giving every Canadian a real and fair chance at success means helping them get the skills and training they need to succeed in a changing economy. The skilled trades are good, well-paying, middle class jobs, and the Government of Canada is committed to getting more people working in the skilled trades – particularly women and Indigenous people – while helping unions purchase up-to-date training equipment.

That’s why today, the Honourable Patty Hajdu, Minister of Employment, Workforce Development and Labour, announced that the Government of Canada is investing $10.2 million, through Stream 1 of the Union Training and Innovation Program, to help unions across Canada purchase new and up-to-date training equipment and materials. As a result of this investment, more apprentices will be able to develop their skills, complete their training and find good, well-paying jobs.

Minister Hajdu also announced that the International Union of Operating Engineers Local 793 will receive over $936,000for the Apprenticeship Enhancement – All Terrain Crane and GPS/Laser Upgrades project. With this funding, the union will purchase a new mobile all-terrain crane and equip their dozer fleet with the latest Global Positioning System (GPS) and laser equipment. As a result of this project, apprentices who are getting trained to become mobile crane operators and dozer operators will be able to complete their technical training faster. Participants will also include Canadians from under-represented groups, such as women and Indigenous people, who face barriers to enter and participate in the skilled trades.

“We’re helping apprentices and tradespeople get the skills they need to succeed, and breaking down barriers for women and Indigenous people in pursuing a great career in a skilled trade. This new program is just one part of our plan to help Canadians in the middle class, and those working so hard to join it, get good, well-paying jobs.”
– The Honourable Patty Hajdu, Minister of Employment, Workforce Development and Labour

“The Union Training and Innovation Program funding will greatly benefit Local 793’s Apprenticeship programs as well our core training programs. We will now be able to purchase an All Terrain Crane that has the latest technology and computer systems. The funding has allowed us to upgrade our existing heavy equipment fleet with the latest GPS and Laser technology.”
– Harold McBride, Training Director, Operating Engineers Training Institute of Ontario

The Union Training and Innovation Program, which was announced in Budget 2016, targets the Red Seal trades and involves broad-based partnerships with a number of stakeholders. It is expected that the Program will:

Stream 2 focuses on innovative approaches to help address challenges limiting apprenticeship outcomes, including barriers to participation and success in the trades for key groups such as women and Indigenous people. This stream is open to a range of stakeholders and partners, but unions need to be involved, either as the lead or as a partner on projects.

The Government of Canada invests significantly in apprenticeship through grants, loans, tax credits, Employment Insurance benefits (during in-school training), project funding and support for the Red Seal program. The Government is also working with the provinces and territories to harmonize apprenticeship training requirements in targeted Red Seal trades.