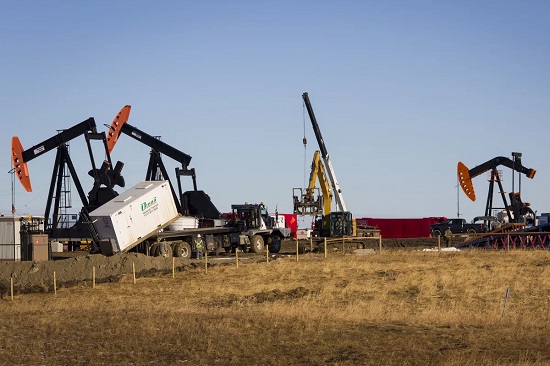 Canadian energy contractors have reason for optimism after years of decline, but only if they can attract workers

Energy drilling activity in Canada is forecast to increase in 2022, in what the sector hopes is evidence of an industry sputtering back to life after years of decline.

The 2022 Canadian Association of Energy Contractors (CAOEC) state-of-the-industry report, released Tuesday, paints a cautiously optimistic picture in which activity ticks up by about 27 per cent compared with 2021. The vast majority of itwill be in the oil and gas sector, but diversification toward cleaner energy, such as like geothermal, and drilling for helium and lithium, are also tipped to help sector growth.

“This is the good news story that we’ve been waiting for for seven years,” CAOEC president Mark Scholz told reporters in Calgary Tuesday.

The dramatic downturn of the oil sector after prices crashed in 2014 saw drilling activity and employment in the patch plummet. Swaths of small drilling and service-sector businesses closed as producers reined in spending to protect their balance sheets.

This is the first time “in a very, very long time” that there’s a “message of hope,” Mr. Scholz said.

The association estimates a 26.8-per-cent growth in the number of wells drilled and operating days in 2022, compared with 2021. Mr. Scholz said that’s because of elevated prices for oil and gas, which signal that more capital will go back to drilling contractors and service contractors to increase production.

However, unlike the booms of yesteryear, he said, the sector will continue to bedisciplined and targeted in how it allocates capital.

In terms of employment, total contractor jobs in 2021 were up 54 per cent from a year earlier. In 2022, CAOEC expects another increase of about 7,280 total jobs – a 26-per-cent increase year-over-year.