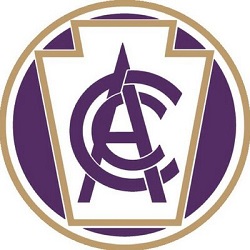 “I’d like to invite everyone to visit the CCA awards website to learn more about this year’s winners and to watch the videos that were played at the awards ceremony,” said Chris McNally, CCA’s chair. “This year’s winners highlight the diverse membership – companies small and large, from different parts of the country, working in general contracting, trades and civil – that CCA represents. My congratulations to the winners – you are a source of inspiration for everyone in the industry!”

More information, including videos from the awards ceremony and a list of past recipients, is available at awards.cca-acc.com.

CCA is pleased to present Terry Brown with the 2017 CCA Person of the Year Award for serving as a mentor to his colleagues as well as for contributing countless hours to association business regionally, provincially and nationally. Terry’s contributions include the revision of BC Hydro’s contract documents and drafting and promoting the Capital Asset Management Framework used to inform public owners on procurement policy. Terry also worked with a group of industry professionals to write the British Columbia Construction Association (BCCA) white paper called “Fair and Transparent”. He is a recipient of the BCCA Outstanding Service Award and the Queen’s Diamond Jubilee medal.

CCA is pleased to present Pomerleau with the 2017 CCA Excellence in Innovation Award for creating a strong, innovative culture. The company recently became the first general contracting construction company in Canada to be certified with Level-1 building information modelling (BIM) proficiency in Canada, companywide. Pomerleau has internally developed BIM add-ons that are used to improve interoperability, to accelerate data extraction, and to generate useful information for various construction processes. For example, Pomerleau developed a plug-in in Revit allowing for a semi-automatic excavation surface generation based on the 3D model of the foundations and the conditions (or rules) for Place Bell, a multipurpose sport and cultural centre in Laval. Another example of innovation includes developing a technology to transfer a design model into a video game software that enables virtual reality, a technology that is excellent for design comprehension, saves considerable costs from late design changes, and allows for a “virtual reception” of the project long before its completion.

CCA is pleased to present Bird Construction and Maple Reinders with the 2017 CCA Environmental Achievement Award for their success in implementing environmentally-sound practices into their Green Cart composting facility project with the City of Calgary, the first Canadian P3 compost project that is also on target to be the first LEED® Gold V4 facility in Alberta.

One unique and defining feature of the facility is that all processing activities are enclosed within a building. Furthermore, all the curing operations are housed in a separate enclosed building which greatly mitigates the potential for fugitive odour emissions. The enclosed and odour-controlled environment also allows the operations group to optimize the duration of the phases of the composting process. By doing so, the actual throughput and overall capacity of the plant is increased with little or no capital cost.

The project team designed a force main system that takes rainwater from a pond for use in the compost process. This achieved a 50.44% reduction in potable water use and no storm water will be discharged to the municipal sanitary system.

International Business Award – Lystek International, a Division of the Tomlinson Group of Companies

CCA is pleased to present Lystek International, a Division of the Tomlinson Group of Companies, with the 2017 CCA International Business Award. Lystek’s patented thermal hydrolysis biosolids (THP) technology was founded at the University of Waterloo. Following commercialization, a demonstration-scale plant was constructed and proof of concept at the plant facilitated the first commercial-scale facility. Lystek strategically targeted California due to its unique legislation surrounding landfilling of organic materials by leveraging the company’s success with seven design-build-transfer projects in Canada and a Canadian Technology Company of the Year award.

Since its opening just over one year ago, the Fairfield-Suisun Sewer District’s (FSSD) Organic Material Recovery Center (OMRC) project has secured numerous additional volume commitments from a variety of other Bay Area agencies. Lystek is now engaging in market development activities in the Northeast U.S., China and Argentina.

CCA is pleased to present Groupe C. Laganière (GCL) with the 2017 CCA National Safety Award. GCL is a family business specializing in the identification and elimination of environmental risks. It is one of the 100 largest construction companies in Quebec and it recently celebrated 14 years – over 2 million hours worked – without any recordable incidents.

To reach GCL’s goal of “nobody gets hurt”, the company has implemented a strategy built on three pillars: qualify, equip and plan. Some of the metrics for GCL’s strategy include providing 500 hours of health and safety training, registering 250 new employees’ evaluations within the mentoring program as well as workers, supervisors, subcontractors and prevention agents reading and signing approximatively 4,000 job safety analyses in 2016. Instilling a «thinking before acting» corporate culture at GCL includes dedicating over 13,625 hours to building awareness in the form of daily tailgate safety meetings as well as 30-minute safety breaks every week for all workers.

CCA is pleased to present the Grand Valley Construction Association (GVCA) with the 2017 CCA Partner Association Award for its work in addressing the individual members’ needs in industry enhancement, education and membership services. Recently, GVCA upgraded its online communications technology to have a 360-degree view of its members’ activities and interactions as well as to learn what benefits and values they most appreciate. Using this information, GVCA develops custom educational sessions. In 2017, GVCA focused on technology, environmental law, crime and industry ethics. The GVCA is also recognized for fostering good relationships between opposing sides e.g. through the creation of PACE (Problem-solving, Accountability, Collaboration and Execution), an event that has brought over 100 participants from all parts of the industry work together to identify and address common concerns.

CCA is pleased to present Paul Siebel with the 2017 CCA Community Leader Award for his dedication to ethics and his community work. A long-time GVCA member (including former chair), Paul has contributed thousands of hours of his time and financial resources to make the industry more ethical. He was the first member to sign up for the Construction Industry Ethics program and has continued to champion ethics courses to all his employees and fellow GVCA members. Paul’s company has also been actively involved with the Co-Operative Education Program with the Waterloo Region District School Board since 2007 and has trained nine students in the last six years. He has served on the Conestoga College Architecture, Construction, Engineering and Technology Program Advisory Committee for 17 years and supports numerous community causes, including HopeSpring, an organization committed to empowering those whose lives are impacted by cancer, Terry Fox Run and the Walk for Cure.

CCA is pleased to present Newfoundland and Labrador Construction Association (NLCA) with the 2017 CCA Gold Seal Association Award for its carefully-constructed approach to promoting Gold Seal and for its ongoing support of the program. The Gold Seal Certification program supports the development of skilled construction & heavy civil management professionals across Canada and the award recognizes an association that has gone above and beyond in bringing this program to its members. The NLCA made a conscious effort to ensure that 2017 was the year of Gold Seal. It began with a human and financial resources plan dedicated to the program, and focused on marketing, education and training. NLCA’s 2017 conference presented the program in detail with the result that one of Newfoundland and Labrador’s largest projects, Memorial University of Newfoundland Core Science Facility, was designated as a Gold Seal Project. The NLCA also launched a new website including a targeted Education and Training section last year. Most courses offered at NLCA’s Centre of Excellence are Gold Seal accredited, and through Canada Job Grants the NLCA is able to subsidize 21 courses and 2/3 of its members’ Gold Seal applications costs.

CCA is pleased to present Brendan Nobes with the 2017 CCA General Contractors Award. Working at all levels in construction has given Brendan, a Gold Seal Certified project manager and estimator, experience in design review, design document preparation, scheduling, budgeting, cost forecasting and tender package preparation. His sound, fair decisions and thoughtful insights have been particularly useful for topics like standard documents and prompt payment that the General Contractors Council has discussed. At the Construction Association of Nova Scotia, Brendan started the Developing Executives Group and helped start the Education Program where he later served as an instructor.

CCA is pleased to present Ross McLean with 2017 CCA Trade Contractors Award. A partner and regional manager for Houle Electric, Ross has served as chair for the Vancouver Island, Prince George and British Columbia Construction Associations (BCCA). He is a past recipient of BCCA’s Distinguished Service Award and served as industry co-chair on the deputy minister’s Industry Infrastructure Forum and was the founding director of the Construction Foundation of BC, which launched Project Shop Class to upgrade high school shop classes.

CCA is pleased to present Gilbert Brulotte with the 2017 CCA Civil Infrastructure Award. Gilbert’s service on the CCA Civil Infrastructure Council (CIC) was marked with a disciplined approach to address the topics raised at the CIC and bring them to conclusion with a sense of purpose. Under his leadership, the council funded several key reports supporting the need for ongoing investment by the federal government in infrastructure modernization as a means of maintaining Canada’s global economic competitiveness. Having served many years as a board member of the Alberta Road Builders and Heavy Construction Association with two terms as chair, he joined the CCA board in 2005, the executive in 2011 and was the 2016 CCA chair.

CCA is pleased to present Glenn Ackerley with the 2017 CCA Manufacturers, Suppliers & Services Award. In his job, Glenn provides ongoing advice from the start through to completion of a project. He represents clients from across the construction industry in a variety of construction-related matters. He currently sits on the CCA board and is a past chair of the Toronto Construction Association, as well as a past executive of the Construction Section of the Ontario Bar. Most recently, Glen has been a member of the Expert Panel’s Advisory Group on changes to Ontario’s Construction Lien Act.

Canadian Construction Association (CCA) is the national voice for the construction industry in Canada representing over 20,000 member firms in an integrated structure of some 63 local and provincial construction associations. Construction employs close to 1.4 million people and generates about $120B to the economy annually.