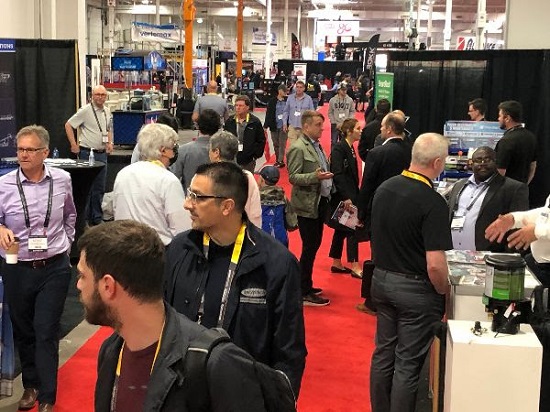 The fourth instalment of the Canadian Concrete Expo—Canada’s only national trade show dedicated to the concrete and cement industries—has proven to be a very successful show on several metrics.

“More than 4,000 people attended and booths were very busy during peak periods and exhibitors have reported significant business activity,” says Stuart Galloway, show president. “Plus, several companies sold large equipment and many have expressed an interest in expanding their booth at the 2023 show.”

Somero, despite suffering logistical problems, which prevented them from bringing the equipment they wanted to the show, sold three machines. First-time exhibitor, Imer, sold a concrete mixer on a truck chassis. KCP Pumps is working out the details of sales of some of their machines to multiple customers. According to Jeff Loberg, regional sales manager for the company, the concrete pump market has been hot during most of the pandemic.

The 2023 Canadian Concrete Expo will be in February. The 2022 show took place in May, because show organizers decided the risk to people’s health caused by the Omicron variant was too great to proceed in February of this year.

“Returning to the show’s regular show dates will significantly boost attendance,” says Galloway. “Contractors risk losing money by stepping away from their job sites, and we had some sunny weather during the 2022 show. But, that didn’t stop people from attending who want to conduct business with one or more exhibitors; the amount of sales activity at the show proves this.”

The next instalment of Canadian Concrete Expo will return on February February 16-17, 2023 at the International Centre.