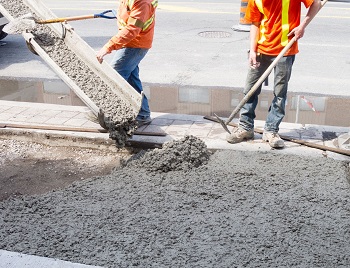 Can the building industry break its addiction to concrete?

Concrete: we can’t live with it, can’t live without it. A combination of cement, water and ground rock or sand, on the surface concrete might seem crushingly mundane. Yet it has defined construction in recent centuries and with it, in part, modernity.
But do we need to re-evaluate our concrete habit for our sakes and the planet’s? Production of cement is disastrous for our biosphere, while the degradation of many concrete buildings has some construction experts predicting a colossal headache in the future.
There are myriad proposed solutions, such as changing the way we make concrete, creating sustainable alternatives or doing away with it altogether. But would we want to live in a world without concrete? And what would that world look like?
“We make more concrete than anything else, any other product, apart from clean water,” says Paul Fennell, professor of clean energy at Imperial College London. One 2015 report estimates that each year approximately three tons of concrete are used for every person on Earth — roughly, 22 billion tons. To put that in context, a recent study estimated that 8.3 billion metric tons of plastic have been produced, ever.
Manufacturing cement, concrete’s binding agent, is energy-intensive, Fennell says. Ordinary Portland cement — the most common form in concrete — is produced by baking lime in a kiln and emits approximately one ton of carbon dioxide for every ton of cement. Concrete production is responsible for approximately 5% of global man-made CO2 emissions, according to the World Business Council for Sustainable Development.
Keep reading on CNN.com