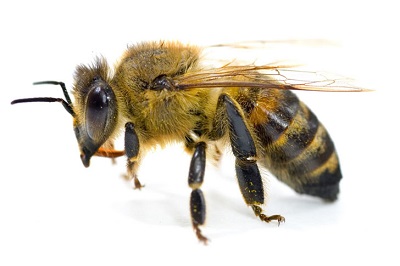 Can bees teach us to build a better urban ecosystem?

Last summer, Paul Maeillo had to clear a vacant lot in North Philadelphia, and he wasn’t happy about it. He’d done it plenty of times before, as part of the Philadelphia Horticultural Society’s LandCare program, which hires local contractors to maintain the neighborhood’s many abandoned parcels. But on this day the lot was full of wildflowers — and wildlife. In fact, it wasn’t vacant at all. He saw snakes and mice and many, many bees, gathering nectar and pollen from the untamed flora. “Just teeming,” Maeillo remembers. “It was kind of wild.”

The lot was an eyesore to humans, and a feast for pollinators. Maeillo didn’t have much of a choice: he mowed it down. But he left a small wild patch in the center. “It seemed not right to take away all their resources,” he says.

Some of those pollinators were probably honeybees from an urban farm a few blocks away. Others were likely wild. Either way, the presence of bees wasn’t an aberration. Groups of entomologists in the U.S. and abroad have increasingly come to the same conclusion: Bees may actually prefer cities. Bee diversity is much higher in St. Louis than in surrounding rural areas; the same goes for cities in the U.K. At a time when pollinators the world over are struggling, it’s a heartening development, though it comes with a twist. Cities plant pollinator gardens and sign pledges to protect honeybees, and that’s great. But some evidence suggests a surprising environmental correlation to urban pollinators’ health: neglect of land. Bees thrive in cities such as St. Louis and Detroit, which have large tracts of vacant land owing to a steep and steady population decline — a drop of more than 50 percent over the past 60 years.

“People move out, bees move in,” says Gerardo Camilo, an associate professor of biology at St. Louis University. Here, Camilo and his fellow researchers have discovered links between bee diversity and abundance, and a neighborhood’s diversity, density, and wealth. The city’s north side — where wealth is low, human populations have declined precipitously and vacant lots abound — is a prime bee habitat. So is the Middle Corridor, a swath of the city between Delmar Boulevard and Interstate 44 where recent immigrants to the U.S. are planting a wide variety of crops. The least bee-friendly part of St. Louis? The South Side, among the whiter, wealthier, more homogeneous parts of the city. Human diversity, it seems, is good for bee diversity.

Keep reading this blog on NextCity.org