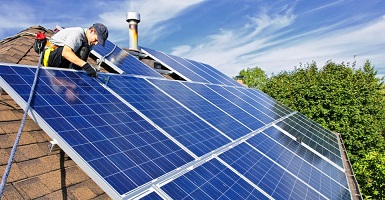 California is about to become the first state in the U.S.—and possibly the first government in the world—to require solar power installations on all new homes.

The California Energy Commission will hold a vote on Wednesday, May 9, on whether to put the new standard into effect. If passed, which is expected, the solar mandate would apply to all homes, condos, and apartment buildings up to three stories high as of January 1, 2020, with exceptions for structures built in the shade and offsets available for other energy-saving measures, such as installing batteries like the Tesla Powerwall.

At present, only 15 to 20% of new single-family homes in the state include solar installations. The mandate would make it $25,000 to $30,000 more expensive to build new homes than those built to the current code, established in 2006. But experts say that extra cost, which accounts for both solar installation and improved insulation, would be recouped over the life of the home in savings on energy bills. Owners are expected to save $50,000 to $60,000 in operating costs over 25 years. Officials say this plan would do one better than the goal of net-zero energy.

The city of San Francisco already requires all new buildings under 10 stories to be fitted with solar panels, following the example of smaller Californian towns such as Lancaster and Sebastopol. Other states including New Jersey and Minnesota are aggressively pursuing increased reliance on solar power, but none have yet gone as far as the California mandate would.