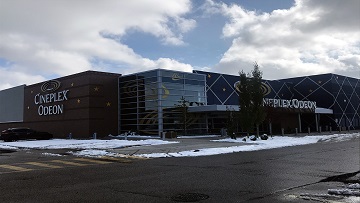 In July, a total of 65 charges were laid under the Alberta Fire Code following a lengthy investigation. Premium Fire Protection Ltd., along with its owner Kurt Bertrand, was charged along with ten employees.

The alleged violations relate to the installation of fire alarm and voice communication systems, portable fire extinguishers and other fire suppression systems.

The Calgary Courts Centre would not release documents naming the other companies until they appeared in court.

Other businesses named in the documents filed at court include: Denny’s on Crowfoot Way N.W., Shoppers Drug Mart on Millrise Boulevard S.W., Moxies Restaurant on Shawville Boulevard S.E., IGA Lakeview in the Southwest, Silverado Dental Wellness in Southwest Calgary, and several Sobey’s locations in the city.

The fire department has said its the responsibility of a business to check credentials of employees hired to do the work.

CTV contacted eight businesses to see if the alleged problems have been fixed. Four said no comment. The rest have yet to respond, or a spokesperson has not yet been reached.

The businesses have three separate court dates set for the end of October.

Watch the video on CTV News