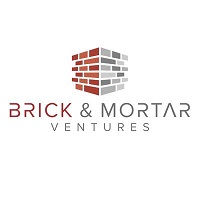 As reported on Canada.com, Brick & Mortar Ventures, a venture capital fund founded by a scion of family-run Bechtel Corp, said on Tuesday it had raised $97.2 million from leading construction-related companies as builders turn to 3D printing and other software to cut costs and boost productivity.

San Francisco-based Brick & Mortar initially raised $50 million in late 2017 and the remainder in January to invest in construction, an industry that was slow to embrace technology. The fund is one of the first to try to digitize construction.

“There’s now a sense of urgency,” Darren Bechtel, founder of Brick & Mortar, said in an interview.

“All of a sudden, the investor market is waking up,” said Bechtel, whose brother Brendan is chairman and chief executive of Bechtel, one of the world’s largest engineering, construction and project management firms.

The company has not invested in Brick & Mortar. The fund, Brick & Mortar Ventures I LP, its investments and limited partners, were formally announced Tuesday.