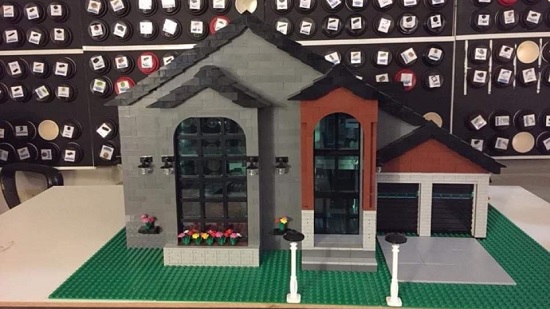 Sharif Alshurafa has been building creations with Lego since he was a little boy and now more than 30 years later, his passion has evolved into a business venture.

It all started when his father, who was an architect, inspired him to create houses.

“It was a combination between a hobby and a toy, and supervised at the same time by my dad,” Alshurafa said. “He taught me how to do scaling and how to use blueprints in building Lego models.”

He said having the common interest brought them closer as father and son.

“For me, Lego is my favourite toy and for him, he was practicing his domain or business at the same time. So we both were enjoying, learning and practicing and having fun,” he said.

Alshurafa is a member of the Saskatchewan Lego Users Group, a group of like-minded adult Lego builders from across the province. He said that group inspired him to start making replicas of pre-existing homes, instead of just creations from his own imagination.