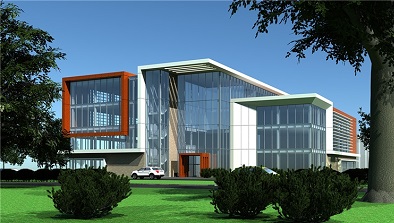 Brandt hopes for modest return on CNIB project in Regina

As reported in the Regina Leader-Post, Shaun Semple hopes Brandt Developments will earn a profit to justify what he calls the “personal sacrifice” of restoring the CNIB building, though he said it will likely count among the slimmest margins for any commercial development in the foreseeable future.

“The return on this project will be the lowest return on any commercial building in Regina for a long time,” said Semple, president and CEO of the Brandt Group of Companies. “Because we’re giving away $12 million plus.”

In a two-day, eight-page advertising run in the Leader-Post last week, Brandt stressed that CNIB will benefit from roughly $12 million in free rent over 50 years. Semple told the Leader-Post the estimate is “very conservative” and based on market rates. He said the value of the benefit to CNIB could be “far north” of that figure.

In an interview Monday, Semple said he hopes the rental income on the building will be enough to cover his capital investment, which the ads pegged at $30 million for the structure alone.

Asked whether Brandt would earn any additional return on its investment — over and above what it’s providing the CNIB — Semple said he “would hope so.”

“I would hope there would be something for the risk we’re taking. You tell me who’s going to step up and do this project? I mean we’re stepping up going through all this, taking all the personal sacrifice, and we hope that there will be some return on our investment,” he said.

“But at the same time, the building isn’t built, the costs are unknown, the tenants are unknown, and the only thing that’s known is the charities we’re benefiting.”

He said Brandt would make more by investing the same capital elsewhere.