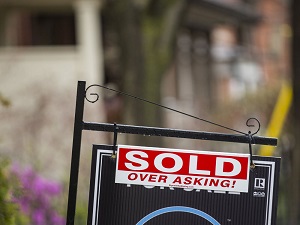 Big losers in Canadian election could be foreign real-estate speculators

As reported in the Financial Post, the biggest losers of Monday’s federal election may not be a political party, but foreign homebuyers and homeowners, who are facing the possibility of new taxes levied on them by a Liberal minority government supported by the New Democrats.

Prime Minister Justin Trudeau and the Liberals vowed in their platform to “limit the housing speculation that can drive up home prices” with a national tax on vacant homes owned by non-Canadians who are not living in Canada. According to a backgrounder, the Liberals are aiming to charge an annual one-per-cent tax, modelling it on a similar measure already in place in British Columbia.

“In every decision we make as your government, we will always put this country and its people first,” Trudeau declared in his victory speech.

But the Liberals are heading back to Ottawa 13 members of parliament short of majority status in the 338-seat House of Commons. To pass legislation, a Liberal minority government will need to cobble together support from other parties.

A possible (and perhaps even likely) partner for the Liberals is the NDP, which secured 24 seats in the election and whose platform also promised to fight real-estate speculation. Instead of an annual tax on foreign homeowners, the New Democrats and leader Jagmeet Singh pledged a 15-per-cent foreign buyer’s tax on the sale of homes to non-Canadians or people who are not permanent residents.