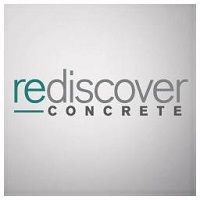 BC Government Needs to Make Wood Building Safety a Priority

VANCOUVER, March 18, 2019 /CNW/ – The Cement Association of Canada (CAC) expresses surprise at the announcement by the BC government that they would bypass the ongoing 2020 National Building Code of Canada (“NBCC”) processes and allow municipalities to issue building permits for encapsulated mass timber construction (EMTC) up to 12 storeys. The Building Code review process is not yet complete. Of greatest concern, especially in the context of high seismic zones in BC, is that there are, as of yet, no approved seismic design specifications for 12 storey cross-laminated timber buildings in the 2020 NBCC. These discussions are currently ongoing and recommendations will not be approved until later this year.

There is a significant amount of evidence available that refutes wood industry claims about tall wood building safety, earthquake resistance, resilient construction and environmental performance that needs to be closely examined in a transparent way.

Michael McSweeney, President and CEO of the Cement Association of Canada, explains, “While the BC Government’s intent to increase market share for BC wood products is understandable, and while the Cement Association supports the Horgan Government’s actions to address a severe affordable housing situation, allowing municipalities to approve 12 storey encapsulated mass timber construction in the absence of approved seismic specifications for this form of construction is premature. These discussions are currently ongoing and no decision or recommendations for the use of encapsulated mass timber construction has been made by the NBCC. Canada’s codes and standards system is the envy of the world and all governments should support the development of rigorous codes that hold the trust of the people and protect its citizens.”

Setting aside the wood industry’s environmental claims, which are increasingly called into question by academics, national environmental groups and building professionals, McSweeney further states, “In the majority of towns where we see lumber mills, we also see sand pits, quarries and ready mixed concrete plants, so the government’s action is simply ‘robbing Peter to pay Paul’, shifting jobs, rather than creating new ones. Governments should not be in the business of picking ‘winners or losers’ over competing building materials.”

Proponents of the Brock Commons Building often talk about it as a tall wood building. McSweeney wants to set the record straight, “UBC’s Brock Commons is in truth a composite building, with a significant amount of reinforced concrete used for the foundation, the ground floor podium, the twin elevator shafts and pre-cast concrete stairwells that form the concrete cores. The cross-laminated  timber relies on the stiff concrete cores for stability. Without concrete, the building would not be able to support itself. In addition, concrete was used to cover the wood floors and two layers of heavy fire resistant drywall were applied to encapsulate all of the wood construction.”

On behalf of CAC members, McSweeney is calling on the Ministry of Municipal Affairs and Housing to urgently meet with all members of the building materials industry and to put  an immediate pause on any regulations for 12 storey encapsulated mass timber buildings which, at this time, bypass the work of the 2020 National Building Code Seismic Committee whose  deliberations are currently ongoing with  no recommendations finalized.

The Cement Association of CanadaThe Cement Association of Canada (CAC) is the voice of Canada’s cement manufacturers. The industry provides a reliable, domestic supply of cement required to build Canada’s communities and critical infrastructure. The CAC and its members are committed to the environmentally responsible manufacturing of cement and concrete products. In British Columbia, the CAC’s members are Lafarge Canada Inc. and Lehigh Hanson Canada. The cement and concrete industry contributes an estimated 23,000 direct and indirect jobs and $11 billion in direct, indirect and induced economic impacts to the province of BC.