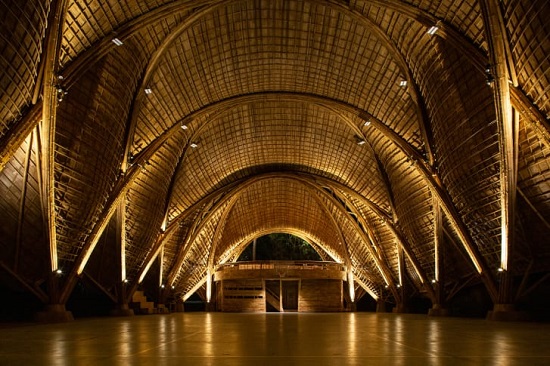 Bamboo has been used for thousands of years in Asia. Now, it could help solve construction’s sustainability problem

Searching for new ways to build sustainable homes, Earl Forlales decided to look not into the future, but to the past. His grandparents, like generations of Filipinos, lived in a “Bahay Kubo” — a traditional, boxy, single-story bamboo hut on stilts, indigenous to the Philippines. “Filipinos have been using bamboo (for housing) even before colonial times, for thousands of years,” he says. Strong and flexible, bamboo is one of the fastest-growing plants in the world: while soft and hard woods can take between 40 and 150 years to mature, bamboo is ready to harvest in as little as three years. When treated and engineered, it can last for decades. Realizing the Bahay Kubo could be adapted to create a contemporary home, Forlales began designing his own bamboo houses. After winning the “Cities for our Future” challenge run by the UK’s Royal Institution of Chartered Surveyors in 2018, the materials engineering graduate turned his idea into a company, co-founding Cubo in 2019.The company launched production of its prefabricated homes in November 2020. The structures can be assembled in just a few days and are predicted to last up to 50 years, says Forlales. He hopes that Cubo’s modular designs and use of bamboo can “help accelerate sustainable building” while also providing affordable housing solutions for the Philippines’ housing crisis.

Cubo’s bamboo homes incorporate many aspects of the traditional “Bahay Kubo” including a raised foundation and louvers, a type of window blind that allows natural ventilation and light.But Cubo has given the bamboo hut a 21st-century upgrade, including modern light fittings and impact-proof polycarbonate windows.