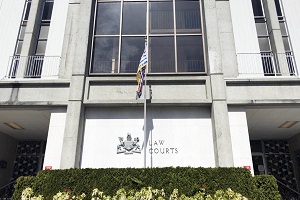 A Victoria pair has been ordered to pay $55,000 to the people who bought their home almost four years ago after an underground oil storage tank was found on the property

Christopher Warren and Antonia Warren were ordered by the B.C. Supreme Court to pay $44,774 in damages, plus $10,655 in litigation costs to William Walton and Nikolas Hill after the tank was removed from the Esquimalt property and the contaminated soil remediated.

Walton and Hill bought the property in early 2016. They assert the Warrens breached the contract of purchase and sale by failing to remove the oil tank before the sale concluded.

Walton claimed their Realtor had warned them that many older homes in Victoria have buried oil tanks. Following her advice, they included an oil-tank addendum in the contract to protect them against any costs associated with removing it.

Two companies scanned the property for evidence of an underground oil storage tank and found none, and the contract was completed.

Keep reading in the Nelson Star