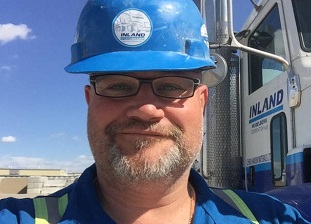 WorkSafeBC is investigating after an employee at a concrete manufacturer — who is also a Liberal MLA — was injured in a “serious” incident at his workplace in Fort St. John, B.C.

Peace River North MLA Dan Davies was struck by a loader at Inland Concrete at about 10:30 a.m. on Tuesday.

Lehigh Hanson owns the concrete manufacturer. A company statement said the employee was treated for injuries locally before being flown to Vancouver for medical treatment.

On Wednesday, the B.C. Liberals said Davies is “now alert and in recovery.”

“Dan and his family appreciate the hard work of first responders and medical staff who have provided him with excellent care,” said a statement.

Davies has been working for Inland Concrete “on and off” since 1995, according to his LinkedIn profile. He tweeted a photo of himself at work in 2016 to mark his 21st anniversary with the company.