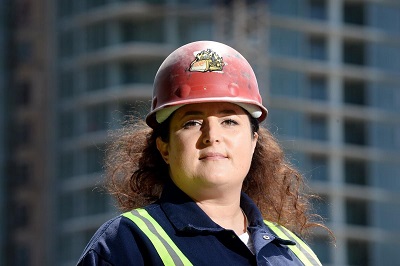 Amid fierce opposition from all over the province, at least one group of British Columbians is counting the federal government’s purchase of the Trans Mountain Pipeline project as an opportunity.

They are the skilled tradespeople who believe the federal government will have to be a more accountable employer for the controversial energy project than Texas-based Kinder Morgan.

Kinder Morgan’s plans indicated it would hire or contract thousands of construction workers across Alberta and B.C. to expand the pipeline.

But B.C. skilled trades union leaders have criticized the company for not hiring their members, who they argue are the most highly trained and qualified, and instead choosing to contract with companies using both union and non-union construction workers.

The International Union of Operating Engineers, which has provided labour for the majority of National Energy Board approved pipeline projects in the last 60 years, has argued Kinder Morgan’s approach would be detrimental to the quality and safety of the pipeline project, which is already a controversial venture. With the federal takeover, the group is hopeful that will change.

Goretti Guilbaultis one of the skilled tradespeople who see the federal takeover as an opportunity in her profession.

She has worked as an operating engineer for 10 years, having become a journeyperson and contributed to pipeline projects in the past. Throughout her career, she’s become an advocate for more equitable hiring within the skilled trades, especially for women, whom she mentors.

Now she wants to take her experience to the Trans Mountain project, which she believes could train and empower a new generation of Western Canadian construction workers — if it’s done right.

“I live here, I work here, I play here and I want to be a part of this,” she said. A government commitment, she said, could “ensure women, Indigenous people, and apprentices get work,” in the trades.

Brian Cochrane, business manager of the operating engineers union, said the B.C. Building Trades — the umbrella organization for construction unions in the province — wants to work with the federal government to form labour agreements that would see Canada use the pipeline as an opportunity to train and develop Western Canada’s construction workforce.