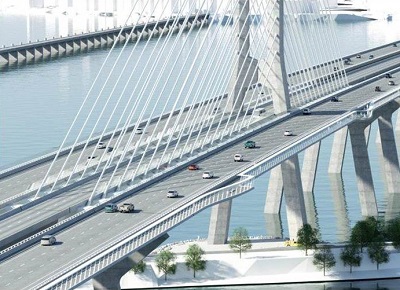 Canada’s Auditor General said that taxpayers are paying an extra half-billion dollars because of slow-decision-making in replacing the Champlain Bridge.

Michael Ferguson’s report also indicates that the decision to have the bridge built via a public-private partnership could cost Canadians more than if the bridge had been built outright by the federal government.

The decision to replace the Champlain Bridge is examined in the fourth report issued Tuesday by the Auditor General.

In that report the AG found that engineers with the Crown corporation were concerned about the high maintenance costs for the bridge in the 1980s, just 25 years after the span was built.

In 1999 they noted that there was a good chance that part of the bridge would fail, and five years later engineers with the Jacques Cartier and Champlain Bridge Corporation determined the cost of maintaining the bridge would soon skyrocket.

However the knowledge that the Champlain was degrading quickly was not shared with Transport Canada, and so the federal government did not consider replacing the bridge until 2006-07, when the JCCBI said it would be cheaper to replace the bridge than to continue fixing it.