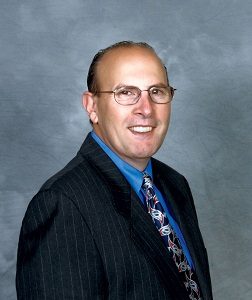 Ontario, Calif. (Jan. 2, 2018) — IAPMO is delighted to announce that CEO GP Russ Chaney has been elected to serve as chairman of the American National Standards Institute (ANSI) Board of Directors. His oneyear term began Monday, Jan. 1.

ANSI is a private, nonprofit organization that administers and coordinates the U.S. voluntary standards and conformity assessment system. Founded in 1918, ANSI works in close collaboration with stakeholders from industry and government to identify and develop standards- and conformance-based solutions to national and global priorities.

Chaney joined ANSI’s board in 2009 as a director-at-large and served two three-year terms from 2009 to 2014 before becoming an officer/vice chair in 2015. Chaney is eligible to serve three one-year terms as chairman of ANSI’s Board of Directors.

“It’s a privilege to have been selected by my peers and the ANSI Board of Directors, and I am committed to ANSI’s vision,” Chaney said. “I will do everything I can to further the best interests of the American National Standards Institute. ANSI is a truly impressive organization, and over the years I’ve gained a great deal of respect and admiration for the professional staff that ANSI President and CEO Joe Bhatia leads. I look forward to continuing my service as a volunteer in support of the American National Standards Institute and its voluntary consensus system.”

In 1999, IAPMO’s Board of Directors, at the urging of IAPMO staff, committed to transitioning the development of IAPMO’s four flagship codes — the U niform Plumbing Code ( UPC ), Uniform Mechanical Code ( UMC ), Uniform Solar Energy and Hydronics Code ( USE H C ) and the Uniform Swimming Pool, Spa, and Hot Tub Code ( USPSHTC ) via the ANSI consensus process. Publication of the 2003 editions marked the first time IAPMO codes were designated by ANSI as American National Standards. IAPMO has published updates to those four American National Standards every three years thereafter, and they continue to be American National Standards. In 2011, IAPMO became only the sixth organization to be granted Audited Designator Status, which means that IAPMO now has the right to designate the aforementioned codes as American National Standards immediately upon the publication release date, and upon conclusion of IAPMO’s ANSI-accredited procedures, without requiring prior approval by the ANSI Board of Standards Review.

Sponsor of the Uniform Codes, IAPMO — The International Association of Plumbing and Mechanical Officials — works in concert with government and industry for safe, sanitary plumbing and mechanical systems. Learn more about IAPMO at www.iapmo.org.