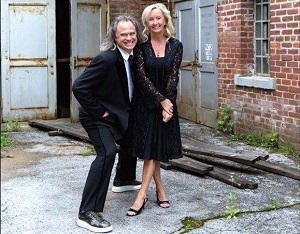 A Kentucky businessman wants to bring a vast expanse of Cape Breton’s Margaree Valley back to life as a pastoral paradise for tourists.

Sturge said Smith and his wife, Pam, were first introduced to Nova Scotia after reading a profile of Halifax architect Brian MacKay-Lyons in an architecture and design magazine.

The couple was impressed enough to hire MacKay-Lyons Sweetapple Architects Ltd., to design a vacation home for them in the architectural firm’s Shobac campus in Kingsburg on the South Shore.

During subsequent visits, Smith, who is founder and president of Smith Manus, a large U.S. surety bond agencies, was captivated by Nova Scotia’s coastline and culture, and the “entrepreneur and investor in him wanted to do more,” said Sturge, who previously worked as an adviser on real estate projects for the Cabot Links destination golf complex in near-by Inverness.

“He saw Cape Breton and just couldn’t believe how beautiful it is. He really does appreciate great places, he’s a well-travelled individual, and he fell in love with the beauty in Cape Breton and wanted to do something there,” said Sturge.

That connection was strengthened during a spontaneous ceilidh on the beach in Broad Cove last summer, he said. The Smiths and a group of friends were down on the rocks cracking lobsters, when Rawlins Cross member, Ian MacKinnon, pulled out his bagpipes and began playing as the sun set into the Atlantic Ocean.

“It was a bit surreal,” said Sturge. “Brook was really blown away… to have this whole moment come together, it was quite moving. It was pretty special. I think it just cemented his view that Cape Breton is a really special place.”

Capturing those authentic moments and sharing them, is really the goal of the Margaree Forks project.