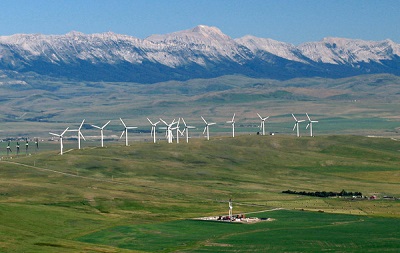 Bids in an auction to pick renewable energy projects were so attractive that the Alberta government decided to back proposals to build 600 megawatts of new generation, 50 per cent higher than its goal of 400 MW.

The government said Wednesday it had chosen three companies who are to spend about $1 billion to build four wind power projects in southern Alberta capable of generating enough power for 255,000 homes.

The winning bids came from Edmonton-based Capital Power with a 201-MW project; Lisbon, Portugal-based EDP Renewables with a 248-MW project; and Enel Green Power Canada, a division of a Rome-based global power company, with projects of 115 MW and 31 MW.

Premier Rachel Notley said the average 3.7 cents per kilowatt-hour bid by the three companies is the lowest electricity price in Canada and bodes well for future auctions.

The province wants to add up to 5,000 megawatts of renewable energy through private-sector investment of about $10 billion by 2030.

“The naysayers predicted the price for this renewable energy would probably come in high, above eight cents a kilowatt-hour,” she said.

“In fact, our process was so competitive and so many companies wanted to invest, we got a 20-year price of 3.7 cents a kilowatt-hour.”

Under its agreement with the companies, the province will subsidize the plants using funds from its levy on heavy industrial emitters if the power price falls below the bid price — if it’s higher, the companies are to pay the difference to the province.

Environment Minister Shannon Phillips refused to estimate how much those subsidies might be and said it depends on what future electricity prices are. She also cautioned against letting potential bidders know how much the government is prepared to spend ahead of future auctions.

The province selected the winning bids from a total of 29 qualified projects.