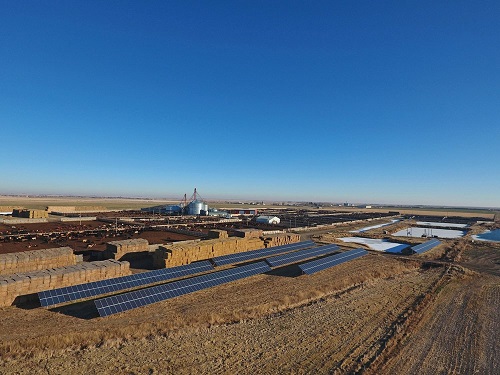 If you want to get into solar, there’s now more government cash on the table — but you’ll have to hurry.

The On-Farm Solar Photovoltaics Program now offers 75 cents per watt for projects of 100 kilowatts or less, and 56 cents per watt for installations that are between 100 and 150 watts. Both have maximum amounts for government funding (35 per cent and 27 per cent of project costs, respectively) and the installations have to be tied into a power grid.

“The current programs associated with Growing Forward 2 — and the whole Growing Forward 2 program — comes to an end March 2018 so all of the systems we fund have to be installed, complete, and operational by February 2018,” said Bingham.

“I’ve been telling guys they need to get their applications in well before the end of December if they want to have a chance. But we may have to close earlier as our funding is limited.”

There’s a good chance there will be a rush to take advantage of the cost-sharing program.

More and more Alberta farmers and ranchers — especially if they are significant power users — have run an economic rule over solar power and liked what they saw.