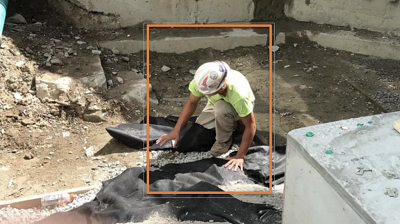 How AI could help the construction industry work faster and safer

Construction workers are killed on the job five times more often than other laborers. Now a new kind of construction worker—a data scientist—aims to use artificial intelligence to predict the likelihood of injury and intervene.

Suffolk, a Boston-based general contractor with annual sales of $3 billion, is developing an algorithm that analyzes photos from its job sites, scans them for safety hazards such as workers not wearing protective equipment, and correlates the images with its accident records. The company is still fine-tuning the technology but says it could potentially compute “risk ratings” for projects so safety briefings can be held when an elevated threat is detected.

Suffolk is also writing an algorithm that would parse information from a variety of sources, including 10 years of scheduling data from its archives, and forecast project delays—information that could be communicated to building owners and subcontractors. Suffolk is also exploring ways to utilize data from IoT sensors to increase efficiency.   One idea is to track the location of its concrete suppliers’ trucks so that workers are ready to pour the concrete as soon as the trucks arrive.

Such data crunching is rare in construction, which has been slow to adopt advanced analytics—in part because margins are thin and tried-and-true methods have a firm hold. “People know how to build the way they know how to build,” says James Benham, the CEO of JBKnowledge, a software and consulting firm that conducts an annual global survey on construction technology. “And it’s hard to convince most of them to do things any other way.”

But a labor shortage and a desire to boost the industry’s low productivity rates are compelling some firms to invest in data science. Proponents say the budding trend could eventually transform the $13 trillion sector. Benham estimates that about 20 construction firms in the US have launched some kind of data science initiative in recent years.