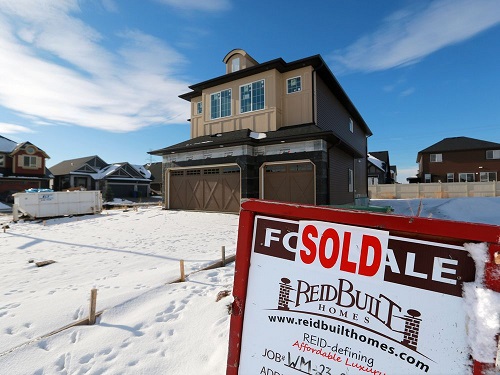 A large Alberta homebuilder that landed in receivership over unpaid bills owes $243 million to roughly 700 prospective homeowners, contractors, lenders and municipal governments, according to court records that highlight the sweeping impact of the business failure.

ReidBuilt Homes and several subsidiaries were forced into receivership earlier this month by their biggest lender, Royal Bank of Canada, which is seeking $64 million in debt.

Court records show the book value of assets owned by ReidBuilt and its subsidiaries tops $280 million, though any sale of those assets to pay off creditors may not reap the same value.

The company’s secured creditors, which generally have priority in receiverships, include lenders and municipalities that are owed $125 million.

Unsecured creditors — homeowners, contractors and employees — are seeking nearly $27 million, but several of them reached Monday raised doubts they have any hope of recouping their losses.

“I’m in for over $200,000, and I don’t think I’ll get a penny back,” said Gerry Fetting, who owns a small Stony Plain excavating and trucking firm that employs up to 12 workers.

At one point, ReidBuilt accounted for roughly half of Fetting’s business, which means the homebuilder’s failure delivers a double blow of unpaid bills and the loss of a major customer.

“We’re going to survive, but there’s going to be huge growing pains,” he said.

ReidBuilt’s list of creditors is a breath-taking 15 pages long. About 700 are seeking payment. The list includes contractors from Calgary, Edmonton and surrounding communities claiming they are owed anywhere from over $2 million to just $3.