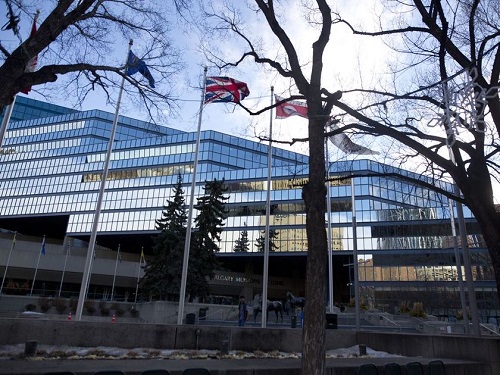 Structural problems at Calgary’s municipal government offices have been a major headache for hundreds of employees who were relocated due to safety concerns, and now taxpayers are on the hook for a $16.8-million fix.

Last year, an engineering consultant discovered a truss — critical to the structural integrity of several floors at the Calgary Municipal Building — did not meet life safety requirements in Alberta’s building code.

A computer model suggested in the “extreme event” that the truss failed, five floors in the northeast corner of the building could have collapsed along with part of the roof, smashing into offices below.

City staff shut down the five floors and the administration annex in September 2016, ultimately relocating 500 employees to make way for renovations.

“If it’s not built according to spec, and there’s a safety issue, you have to fix it,” said Coun. Shane Keating, who had to relocate his office due to the structural concerns.

Construction crews shored up the truss, along with another problematic truss, by adding 140 steel plates and making other improvements. In all, 6,500 kilograms of steel were added to improve the integrity of the building.

The project is expected to continue into 2018 to allow for testing and third-party reviews of work done so far, along with refinishing interior spaces affected by construction.