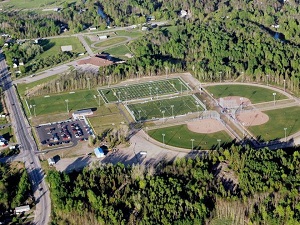 As reported in the North Bay Nugget, the City of North Bay has awarded a $1.85-million contract to MacLennan Jaunkalns Miller Architects Ltd. for the design of the new community and recreation centre in West Ferris.

Council awarded the tender Tuesday evening after the deadline for submissions closed Aug. 7.

The city evaluated seven bids in all, with MacLennan Jaunkalns Miller Architects scoring the highest and providing the best overall value, a staff report to council said.

Coun. Chris Mayne, who chairs the city’s infrastructure and operations committee, said it was terrific to see the actual tender go ahead after about two years of work, including scouting different locations.

The city plans to start construction in fall 2020.

“At this point, no one really still knows what it’s going to look like,” he said.

“They will be having public meetings through the fall, into the early winter, so anyone who’s interested in being part of that process, there’s still lots of time to be involved, make suggestions. The architects will listen to that (and) take it back to their designers.”

Coun. Johanne Brousseau, chair of the community services committee, also congratulated the firm for the contract.

“I look forward to their creative input as they listen to the wants and needs of our community,” she said. “These are exciting times.”

The job being carried out by MacLennan Jaunkalns Miller Architects will include, but not be limited to, architectural, structural, mechanical, sustainable energy, civil, landscape architectural and costing work, according to the staff report.

The city issued a request for proposals for the design of its new community centre in July, which will be located at the municipality’s Steve Omischl Sports Complex.