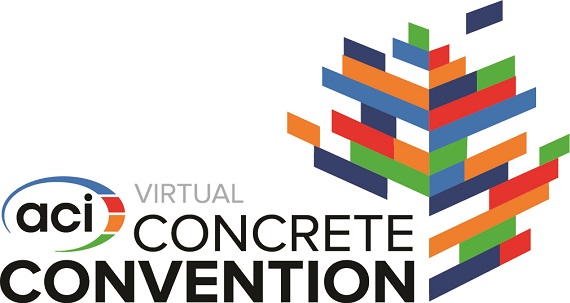 Due to local, state, and federal regulations, and to protect the health and safety of attendees, the American Concrete Institute announces the transition of the ACI Concrete Convention from an in-person event in Raleigh, NC, USA, this October, to a 100% virtual event.  The ACI Virtual Concrete Convention will be held over similar dates at the end of October.

Attendees to the ACI Virtual Concrete Convention will collaborate on advancing concrete codes, specifications, and practices during hundreds of committee meetings. Technical and educational sessions will provide the latest concrete research, case studies, best practices, and the opportunity to earn Professional Development Hours (PDHs). Top projects in the ACI Excellence in Concrete Construction Awards will be announced, and several virtual networking and special events will take place – building on the convention’s tradition as the world’s gathering place for advancing concrete.  Additional convention details are being finalized and will be announced as they are confirmed.

“The ACI Virtual Concrete Convention will enable the critical work of the Institute to continue moving forward,” stated Ronald G. Burg, PE, Executive Vice President, American Concrete Institute. “Additionally, this virtual format provides the opportunity for much greater participation from students, professionals, and our global colleagues who may not have been planning to attend in person.”

Registration for the ACI Virtual Concrete Convention is now available at ACIConvention.org.  The registration fee has been substantially reduced for ACI members, and is free to all ACI student members.