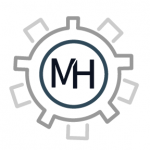 Construction consistently ranks as one of the top 10 most dangerous professions. The Occupational Health and Safety Administration (OSHA) recognizes the most prominent dangers construction workers face as the “Fatal Four” — falling, being struck by an object, being electrocuted, and being caught in or compressed by equipment. 21.1 percent of all occupational fatalities in 2016 were among those working in the construction industry. According to the BLS, the “Fatal Four” accounted for more than half of those deaths.

While less recognized, exposure to toxic substances is another serious danger facing construction workers. Toxic substances lurk all-around construction sites — mists, dusts, vapors, and fumes all present a real health risk. In 2014, the BLS released that 2,000 construction workers reportedly suffered from work-related illnesses that affected their lungs or skin, 100 of whom were poisoned in some way. The BLS also estimates that nearly 69 percent of work-related injuries and illnesses go unreported, meaning the number of people affected by exposure to dangerous toxins is likely double this number.